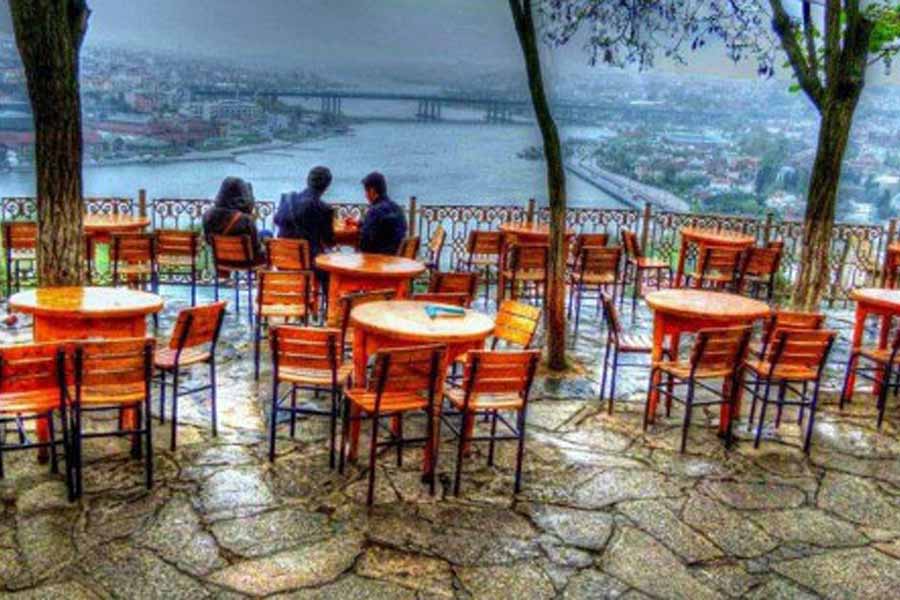 Cruise along the Golden Horn and Bosphorus Straits on this unusual 4-hour Istanbul experience! After cruising on Bosphorus, continue a sightseeing boat to sail the Golden Horn inlet that divides European Istanbul — an unforgettable experience that many visitors miss.

Absorb the sights along the Horn and enjoy great views over the Old City as you cruise into the Bosphorus. Keep your camera ready as you pass even more showstoppers, including the Bosphorus bridges, Dolmabahce Palace and Rumeli Fortress. From the top of Cafe Pierre Loti Hill you will be amazed by the view of the the old city along the Golden Horn while enjoying a cup of Turkish tea or coffee..

The Golden Horn is a historic inlet of the Bosphorus dividing the city of Istanbul and forming the natural harbor that has sheltered Greek, Roman, Byzantine, Ottoman and other ships for thousands of years. It is a scimitar-shaped estuary that joins the Bosphorus just at the point where that strait enters the Sea of Marmara, thus forming a peninsula the tip of which is "Old Istanbul".

Bosphorus, the world's narrowest strait used for international navigation, it connects the Black Sea with the Sea of Marmara. Our magical journey which covers both European and Asian shores by our private boat will let you see the marvelous monuments and districts.

The hill is situated almost at the end of 7 km long water inlet 'Golden Horn'.

Enjoy the beautiful view from the cable car as you climb the hill to the cafe named after the famous French writer Pierre Loti.

Constantinople's great city walls were breached only twice in 1600 years. The first breach occured in 1204 during the fourth Crusade 1453 with cannons and troops.