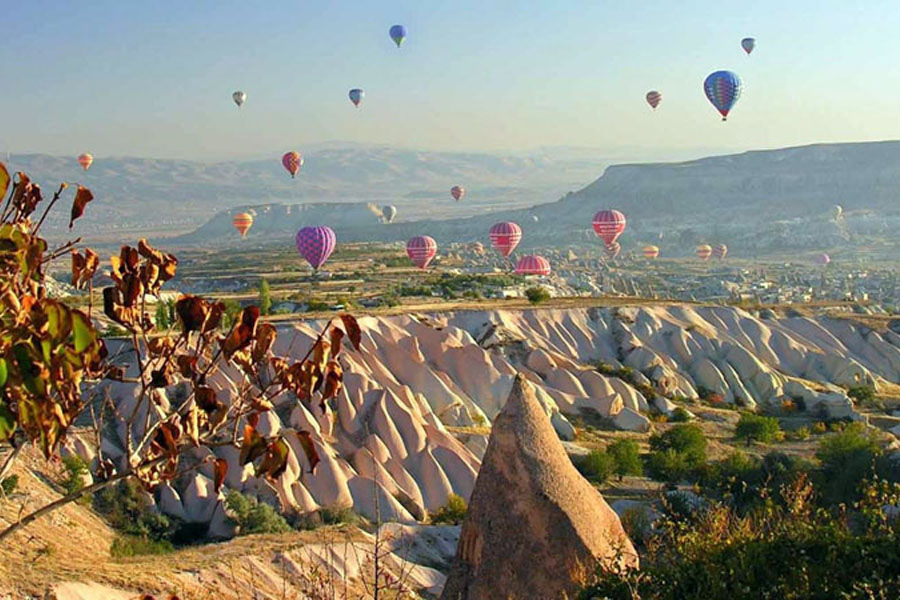 This tour of Cappadocia begins in the morning with a flight to Ürgüp from Istanbul. Your full-day tour takes you to the Nevşehir Province to walk through the “fairy chimneys” in the Devrent Valley, learn about the ancient Avanos pottery technique, and visit the open-air museum cities of Göreme and Uçhisar.

In Cappadocia, you will get to walk through the fairy chimneys in Turkey’s Devrent Valley. The “fairy chimneys”, formally called hoodoos, are geological rock formations. Fairy chimneys are common in desert areas, and resemble totem poles.

Later in the day, your guide will take you to Paşabağ Valley (Monk’s Valley) to learn about Avanos, an ancient pottery technique. While in Paşabağ Valley, you will have the opportunity to make pottery using this technique.

Your last destination in the Nevşehir Province is to visit Göreme. Göreme is an open-air museum featuring the region’s earliest churches and chapels which were carved into fairy chimneys. These churches have been preserved and feature stunning frescoes. You will also have the option of visiting Uçhisar Castle, also carved into the rocks, and is considered the highest point in the region.