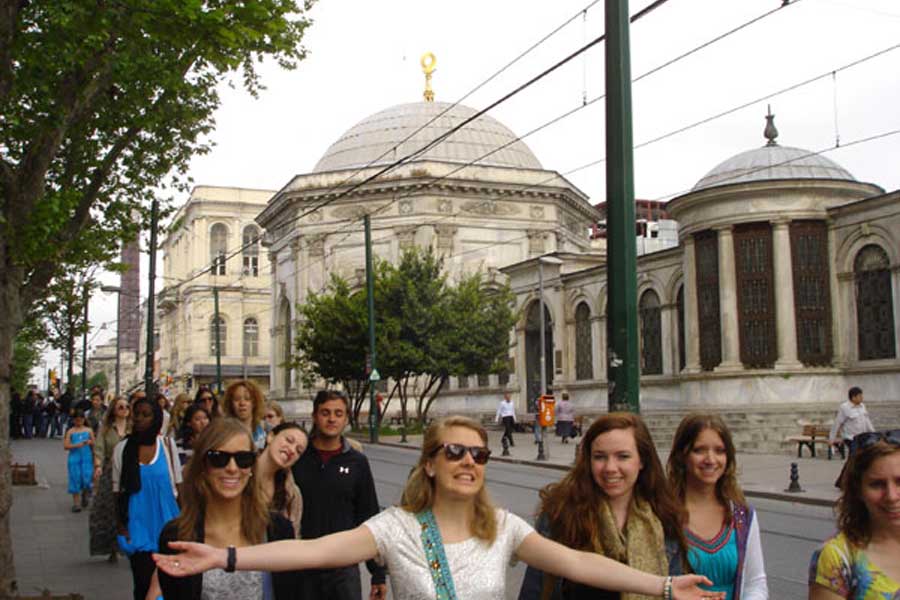 See top Istanbul attractions around every corner on a full-day tour of the incredible Sultanahmet neighborhood, where Turkey’s Ottoman and Byzantine empires once ruled.

Traveling by luxury coach, you’ll stop to visit all the city showstoppers including the UNESCO-listed Hagia Sophia Museum, the Blue Mosque, Topkapi Palace and Sultans Tombs.

Before lunch, discover the roar and dazzle of Istanbul’s Grand Bazaar while hearing tales of sultans, harems and all-things-Istanbul from your friendly expert guide!

From the Golden Age of Byzantine, this once Christian church is one of the most extraordinary buildings in the history of architecture. It played a very important role in the Byzantine Empire and later as a mosque in the Ottoman Empire. The word "Haqia" in Greek means "Divine" and "Sophia" means "Wisdom". "Divine Wisdom is one of the attributes of Jesus Christ and this church is devoted to his divine wisdom.

The Blue Mosque is one of the most prominent landmarks of Istanbul. It is very impressive with its beautiful domes and semidomes, nice courtyards and six slender minarets.

The square in front of the Blue Mosque covers the site of the ancient 'Hippodrome", one of the most famous areas in Byzantine.

Topkapi Palace was more than just the private residence of the Sultan and his court, It was the seat of the supreme executive and judiciary council, the Divan and the training school. Dormitories, gardens, libraries, schools, even mosques were at the service of the court. Attached to the palace were diverse imperial societies of artists and craftsmen which produced some of the finest work in the whole empire.