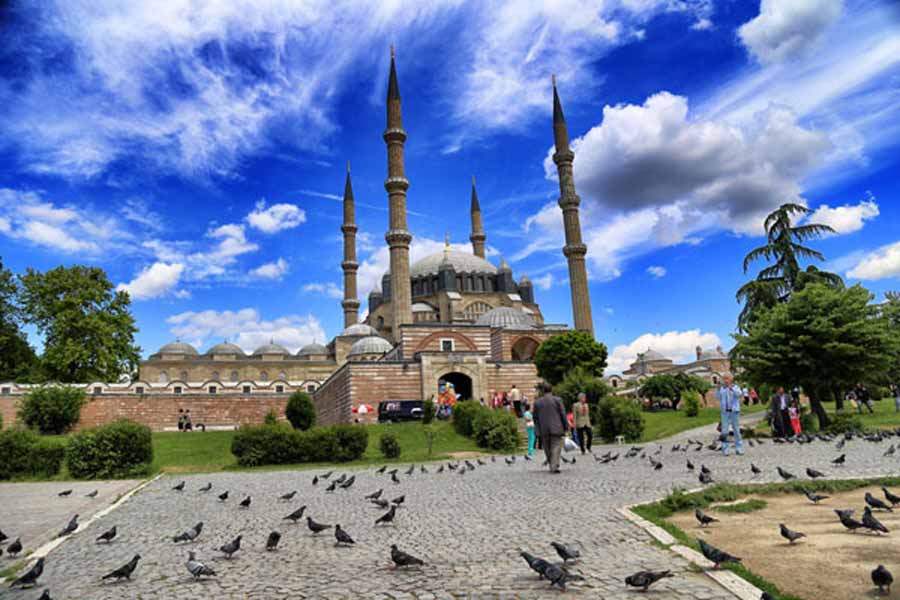 This tour makes taking a day-trip from Istanbul to the former Ottoman capital of Edirne easy. Edirne Tour: Day trip to edirne from istanbul

Edirne is one Turkey’s most captivating cities, but due to its distance from Istanbul, it goes largely unvisited. Thanks to our guided full-day tour from Istanbul, that doesn’t have to be the case for you. We'll pick you up at 7:00 in the morning and have you back in Istanbul by 21:00.

The westernmost city in Turkey, Edirne sits close to the Greek and Bulgarian borders. It was also the second capital of the Ottoman Empire, one of the largest empires in history, and was once called Hadrianople.

During that time you’ll have a chance to see Sinan’s masterpiece, the Selimiye Mosque, which was recently declared as a UNESCO World Heritage Site. And that’s not the lone must-see sight in Edirne – Ottoman Sultans of 15th century built magnificent mosques, medreses, baths, and palaces that survive to this day. You can so see the Museum of Health, which has beautiful statutes made of wax and artefacts from the Ottoman medical history.

Before returning to Istanbul there will be time for some shopping as well, with traditional soaps, brooms, and cheeses making perfect souvenirs to take back home with you.