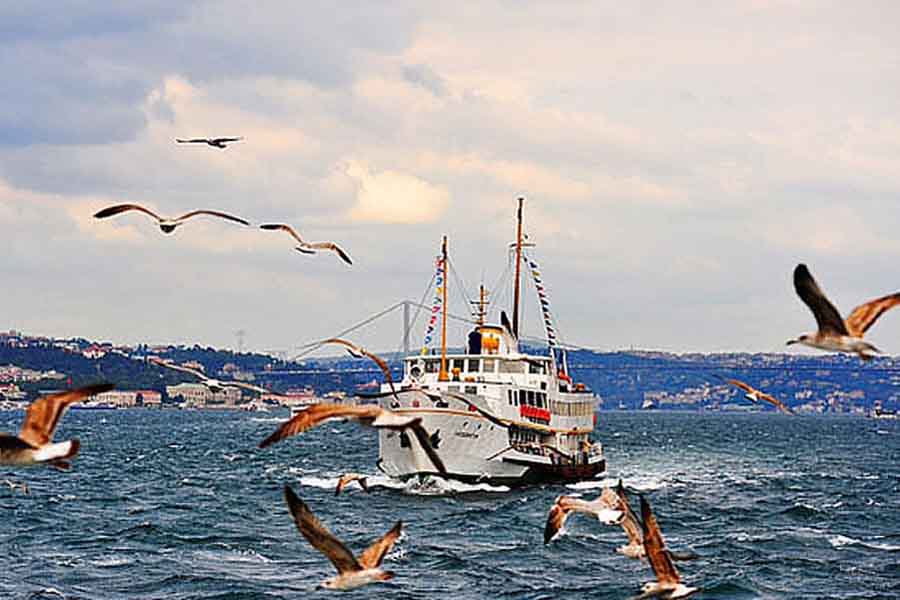 Enjoy a 4-day guided tour of Istanbul, visiting all the highlights, from the Topkapi Palace and Blue Mosque, to the Roman Hippodrome and Obelisk. Stroll around the Grand Bazaar and cruise between 2 continents on the Bosphorus.

Explore the highlights of Istanbul on this 4-day mini package tour that takes in the major attractions, from the Hagia Sophia to the iconic Blue Mosque, and from the bustling maze of the Grand Bazaar to the obelisk of the Hippodrome of Constantinople. Cruise along the Bosphorous to admire the handsome mansions of the Ottoman elite, pick up the scent of the spice trail at the Egyptian Bazaar, and be seduced by Turkish belly dancers at an optional dinner.

Upon arrival at Istanbul’s Ataturk Airport, you will be transferred to your city center hotel. The rest of the evening is yours to enjoy at leisure.

Today you will take a comprehensive guided tour of the city, taking in all the highlights of Istanbul. Originally named Constantinople, the city was once the capital of the Eastern Roman Empire and Europe’s wealthiest metropolis. Today, it is the largest city in Turkey.

Visit the iconic Blue Mosque, one of the most famous monuments in both the Turkish and Islamic worlds, and notable for its exquisite blue Iznik tiles. Cross to the Hagia Sophia. Now a museum, this jewel of Christian architecture dates from the days of the Roman Emperor Justinian, and was converted into a mosque after the Ottoman conquest.

Next, head underground to the Basilica Cistern, the largest of several hundred ancient cisterns that lie beneath Istanbul. Continue to Topkapi Palace, the largest and oldest palace in the world, and the crown jewel of the Ottoman Empire.

Head back to the days of Roman and Ottoman charioteers at the Hippodrome, once the heart of Constantinople’s political and sporting life, and the scene of games and riots through 500 years of Ottoman history.

End your day tour at the Grand Bazaar, one of the world’s largest covered markets. With 58 streets and over 4,000 shops, the bazaar is especially known for its jewelry, leather, pottery, spices and carpets.

Today’s half-day itinerary includes a visit to the fragrant Egyptian Bazaar, also known as the Spice Bazaar, due to the mounds of potent spices that were imported from Egypt in the Ottoman era. You can also join an optional dinner with traditional Turkish belly dancing and folk shows.

You will cruise along the Bosphorus, the majestic strait that bisects Istanbul as it straddles Europe and Asia. See dramatic sights along the wooded shores, including mosques, a bridge that was once the world’s longest, and the massive Rumeli Hisarı fortress, built by Fatih the Conqueror in just 3 months as he prepared to conquer Istanbul.

A representative will escort you to the airport for your onward journey.