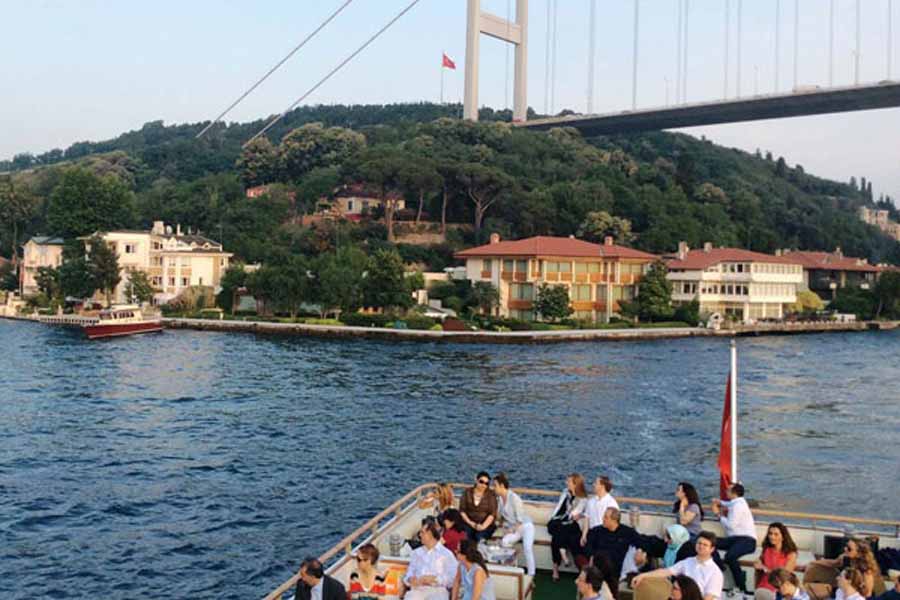 Experience Istanbul in two continents of Europe and asia, the world’s only city situated on two continents, on this enjoyable full-day city tour. Also visit Dolmabahce Palace, the last residence of the Ottoman emperors. Drift by Istanbul’s sight-crammed European and Asian shores on a Bosphorus cruise, and asborb panoramic views of both sides of the city from the Bosphorus Bridge.

Cruise along the Golden Horn and see the historical heart of the city and principal harbor of Byzantium, Constantinople and Istanbul for over 2,000 years.

The Cruise on the Bosphorus which will give you the best chance to view the finest palaces and pavilions along the shores.

The hill was named after the French novelist and naval officer Pierre Loti who visited Istanbul several times and stayed many years.

Enjoy the beautiful view from the cable car all the way down to the hill.

Constantinople's great city walls were breached only twice in 1600 years. The first breach occured in 1204 during the fourth Crusade. Shopping Opportunity is available before having lunch at our restaurant.

Dolmabahce Palace was home to six sultans from 1856, when it was first inhabited, up until the abolition of the Caliphate in 1924. Mustafa Kemal Atatürk, the founder and first President of the Republic of Turkey, used the palace as a presidential residence during the summers.

Overshadowing Istanbul's traditional architecture is one of the world's largest suspension bridges, the Bosphorus Bridge, linking Europe and Asia.

We climb a Bosphorus side hill by bus for a view which commands a magnificent view that embraces the Bosphorus and old istanbul.

Full Day City Tour with Lunch and Entrance Fee Included Dolmabahce Palace is closed on Monday and Thursday It will be replaced by a visit to Chora Museum (Church) on those days.