Istanbul Dolmabahce Palace and Asia Side 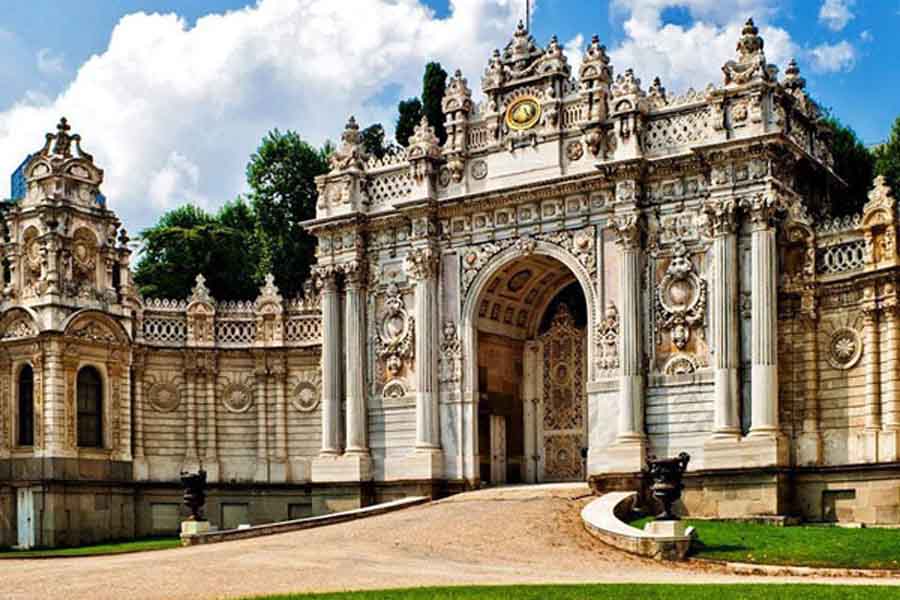 Dolmabahce Palace was ordered to be built by the Empire's 31st Sultan, Abdülmecid I, and built between the years 1843 and 1856. Hacı Said Ağa was responsible for the construction works, while the project was realised by architects Garabet Balyan, his son Nigoğayos Balyan, and Evanis Kalfa. The construction works cost five million Ottoman mecidiye gold coins, the equivalent of 35 tonnes of gold.[1] Fourteen tonnes of gold in the form of gold leaf were used to gild the ceilings of the 45,000 square metre monoblock palace, which stands on an area of 110,000 m²

The design contains eclectic elements from the Baroque, Rococo and Neoclassical styles, blended with traditional Ottoman architecture to create a new synthesis. The palace layout and décor reflect the increasing influence of European styles and standards on Ottoman culture and art during the Tanzimat period.

The second room after the Medhal to the right is the Clerk's Hall, also referred to as the "Tiled Room." The largest painting in the palace collection, a depiction of the Surre Procession by Stefano Ussi, hangs on the left wall of this hall.

The Bridge: Drive on Bosphorus

We will accross the Bosphorus by the 64 meters high bridge, which will let you see a breathtaking view of the European and Asian sides. You will find your self in Asia once the short ride is over.

We climb a Bosphorus side hill by bus for a view which makes it well worm to climb. It gives you a unique chance to view one of the most fascinating part of the city in a single picture.